The park, which currently extends as far north as West 20th Street, is conceived as a series of interwoven events, like chapters of a book. Approached from the south along Washington Street in the meatpacking district, its 30-foot-high steel deck, supported on big steel columns and sliced off brutally at one end, makes for a striking contrast with the green, leafy landscape atop it. A street-level entry plaza, paved in concrete, is tucked underneath, and a broad metal staircase, with sleek brushed stainless-steel handrails, leads up to the structures underbelly. Rusted Corten steel plates line the opening in the deck's floor, emphasizing the violence of the cut.

mThese great vintage snapshots were sent by Jim Dwyer, who asked that we share them on our web site. Thanks to Jim for sharing these great Hudson Division scenes with us from Westchester and the Bronx! 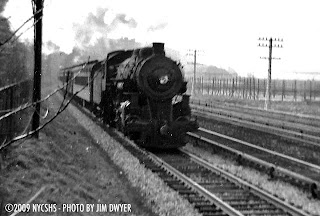 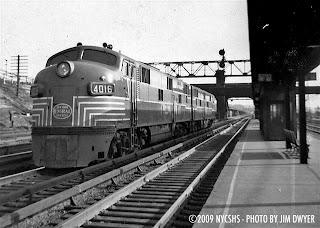 Newly introduced EMD E7 diesels awaiting the arrival of a train from GCT at Harmon, NY. 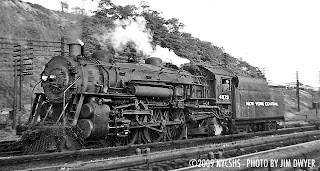 Awaiting arrival of passenger train from Grand Central Terminal at Harmon, NY. This was the northern limit of the third-rail electric zone on the Hudson Division. 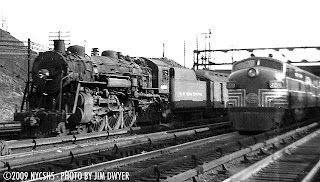 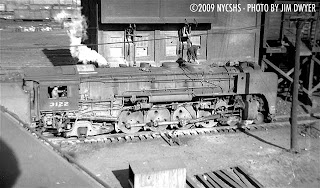 A behemoth Mohawk with smoke deflectors being sanded at Harmon. 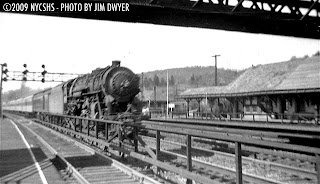 Southbound passenger train at Croton, NY. Engine will be changed to an electric at Harmon. This station has since been closed, but the station remains as a private business. 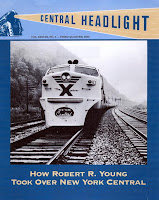 The Central Headlight for Third Quarter 2008 is in the mail, thanks to the dedicated work of editor Rich Stoving and his contributing authors. The lead story is part 1 of a two-part about Robert Young's fight for control of the New York Central. One of Robert Young's goals for the Central was the modernization and improvement of passenger services, evidenced by the photograph of the experimental Xplorer (nicknamed "Mickey Mouse" by crews) on the cover.

Looking forward, the lead story for Fourth Quarter 2008 is part 1 of another two-part article on the fight between the Michigan Central and the Michigan Southern to get to Chicago first.

Many Central Headlight back issues are available, please consult this list to see what we have in stock.