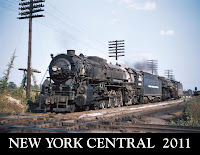 The NYCSHS 2011 calendar is now available! Access to a wide variety of photograph collections enables the Society to again present an excellent selection of high quality images. On the front color cover, Class L-2c 4-8-2 #2803 heads a light engine move in Indianapolis, IN in 1955. The back cover shows the observation car end of the westbound JamesWhitcomb Riley passing through Greensburg, IN in 1955.


Calendars can be ordered from: 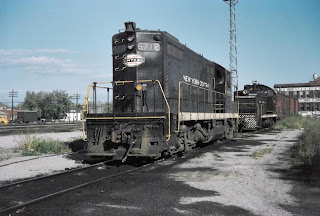 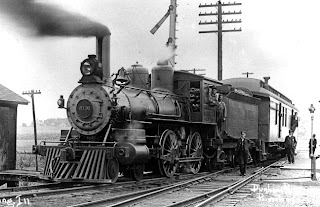 LS&MS Class C-44 4-4-0 #4191 is shown at Zearing, IL, ca. 1910. The train is probably the 11AM run preparing to depart for Streator and Kankakee, IL and South Bend, IN. The locomotive was built by Pittsburgh Locomotive Works in November 1891 for the Indiana, Illinois, and Iowa Railway. Zearing was the western terminal for the II&I where it connected with the Chicago, Burlington and Quincy. #4191 was scrapped in 1915. Photo by Edgar Dunham. Collection of Dale Fiste. 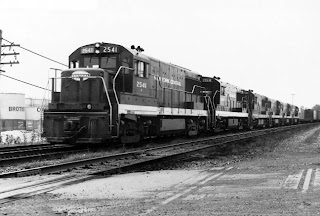 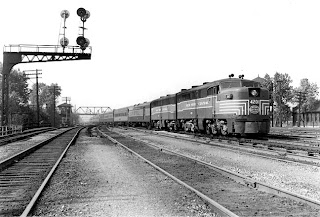 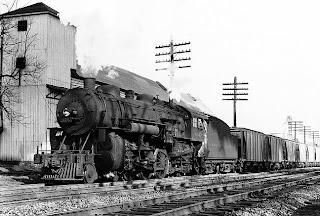 Class K-11e 4-6-2 #4547 is the motive power for a Harlem Division cement train at Katonah, NY on March 27, 1941. The cement may be for the construction of the nearby Croton Aqueduct. The Edward L. May Memorial Collection. 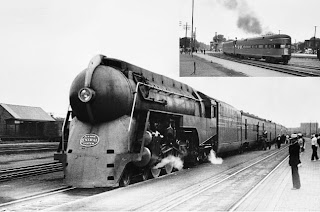 The date is June 15, 1938 and the 20th Century Limited is in Elkhart, IN on the first eastbound run with new streamlined equipment. Francis Herrmann, a student at the University of Notre Dame in South Bend, traveled to Elkhart to take in the event. Three black-and white slides from that day were the only train photographs he ever took. Photos by Francis Herrmann. Collection of Darwin Simonaitis. 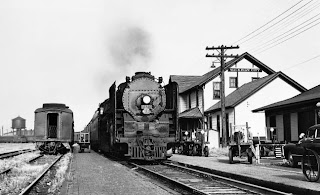 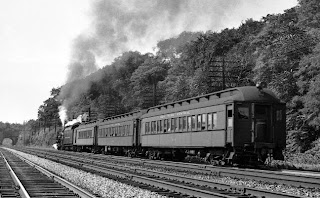 Electric commuter trains operating out of New York City to Peekskill, NY were steam powered for the eight miles between Harmon and Peekskill. Electric M.U. cars are shown behind Class J-1d 4-6-4 #5308 at Oscawana, NY on August 12, 1947. The Edward L. May Memorial Collection. 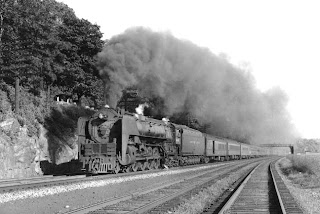 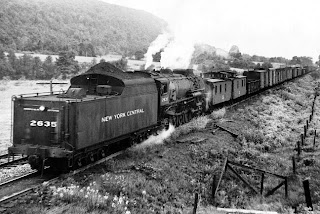 Class L-1c 4-8-2 #2635 is the rear-end helper on a northbound Williamsport, PA-Lyons, NY freight train south of Corning, NY in May 1950. #2635 would be retired later that month and sold for scrap in June. Photo by Ray Tobey. NYCSHS Collection. 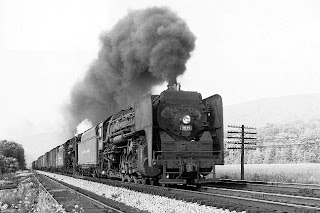 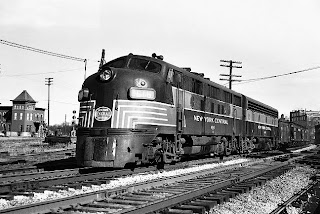 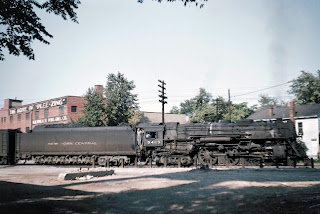 Class J-3a “Hudson” #5423 on the eastbound Cincinnati Special makes a station stop at Shelbyville, IN. The year is 1955. Photo by Richard Baldwin. 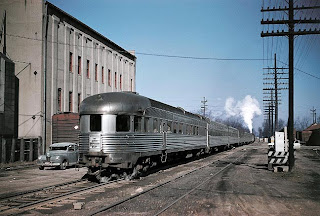 The westbound James Whitcomb Riley passes through Greensburg, IN in 1955. Photo by Richard Baldwin.

Calendar Back Issues Available
The NYCSHS has a limited supply of previously issued calendars available for purchase. Quantities are limited, so please order soon to ensure we have your calendar in supply! The price is $5.00 each postage paid. Ohio residents must include $.29 sales tax. Please send your order to: